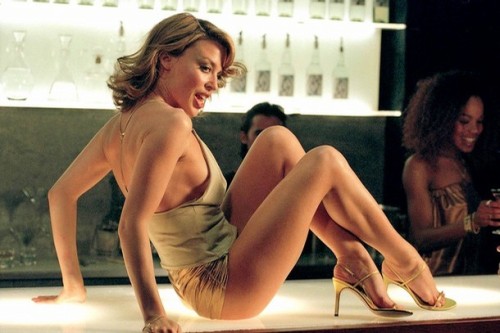 This month, a pair of gold lame hot pants, tattered from use and carefully encased in glass, will be hung on a wall in London’s prestigious Victoria and Albert museum. As if that weren’t bizarre enough, these particular hot pants, instantly recognizable to many, belong to Kylie Minogue.

Yes, Kylie Minogue. When the 38-year-old Australia-born singer announced she had breast cancer last year, some Americans had few reference points to draw on besides 1987’s “Locomotion” or 2002’s club hit “Can’t Get You Out of My Head,” but the front pages of Britain’s biggest newspapers were consumed with the devastating news about their adopted cultural icon. Inceed, Minogue’s cult of personality is so strong across the Atlantic that the V&A expects “Kylie: The Exhibition” to draw the biggest crowds their Performing Arts branch has ever seen. “Everyone here has a soft spot for her, even if they don’t own any of her albums,” says Victoria Broakes, the V&A curator who imported the exhibition from Australia’s Arts Centre and tailored it for a European audience.

In England, Kylie is regarded much like Madonna, and Broakes likens the V&A endeavor to an American museum doing a retrospective of the Material Girl in all her style incarnations. The exhibition was timed to begin just after Kylie’s outrageous $10 million Showgirl Homecoming Tour (her first U.K. performances since her recovery), in which she wore a pink feather costume designed by John Galliano, was carried around the stage by male dancers wearing 8-foot wings, and toured with a staff of 100 (including one stylist whose job it was to tend to all the plumage).

The exhibition includes that costume, along with 46 other key items from Minogue’s career, like those infamous hot pants, which the singer bought at a flea market for a dollar and wore in her “Spinning Around” video, and a pair of overalls she sported on “Neighbors,” the Australian soap opera that launched her career in the early ’80s. Each is accompanied by videos of Kylie wearing them, plus ticket stubs and other memorabilia. Broakes’s personal favorite is the white space-age Gucci dress from the “Can’t Get You Out of My Head” video; along with all the mannequins in the show, it was custom-made for Kylie’s diminuitive frame. “She’s 4’11” and absolutely weenie,” Broakes laughs.

Gigantic by comparison is the show’s centerpiece, the so-called Museum Dress. It’s a billowing ball gown covered in a punk-ish collage of all the magazine covers Kylie has graced in the past two decades, everything from i-D to British Vogue. It will greet visitors before they’re drawn through two rooms, one of which is a recreated set cut away to expose its less-glamorous underbelly. “There’s a contrast between this gorgeous glittery creature and the incredible mess and speed happening underneath the stage,” Broakes explains. “This show isn’t really a deep analysis of Kylie, nor is it all about pretty frocks. It’s a look at what it is to be a performer and go on tour, putting it all under a microscope. People love that kind of voyeurism.”

This entry was posted in Fashion, People. Bookmark the permalink.